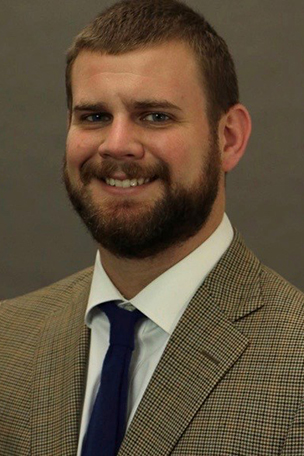 Christopher is a 2019 graduate of the West Virginia University College of Law. Chris is licensed to practice law in the States of Ohio and West Virginia, and the Northern and Southern Districts of West Virginia. Throughout his legal career, Chris has focused on litigation. He first practiced law in his hometown of Harrisville, West Virginia, at a small, boutique law firm that specializes in representing land owners in leasehold disputes with oil gas. Chris was licensed to practice law in Ohio in November of 2021, and he began working at Green & Green in March, 2022.

Chris earned all three of his degrees from West Virginia University. Aside from earning his juris doctorate there, he also earned his M.A. in secondary education and his B.A. in multi-disciplinary studies, with a minor in history. Although he obtained his teaching certificate upon graduating from his undergraduate studies in 2012, Chris never taught in a traditional classroom. Instead, Christopher researched oil, gas, and mineral ownership claims in the eastern Ohio counties of Belmont, Guernsey, Monroe, and Harrison, before spending a year in Austin, Texas. In Austin, Christopher spent over 1,700 hours volunteering for Casa Verde Builders, which is an AmeriCorps program. During his time with CVB, Chris taught technical skills to non-traditional students who were pursuing their GED, and also provided preventative repair services such as roof replacement and renovating bathrooms to be handicap accessible for low-income homeowners on Austin’s eastside.

Chris moved to Dayton in late 2020 with his fiancé, who is currently finishing her residency in family medicine with Premier Health. They live in St. Anne’s Hill on the east side of Dayton with their two cats, Khaleesi and Kiki, and their golden retriever, Leroy. In their free time, the pair enjoy outdoor activities such as gardening, hiking, bike riding, and walking their dog, while also enjoying small renovation projects in their home and challenging each other to out-read one another. Christopher has volunteered for various events in the St. Anne’s neighborhood; he also enjoys traveling and will watch almost any live sporting event that television has to offer.