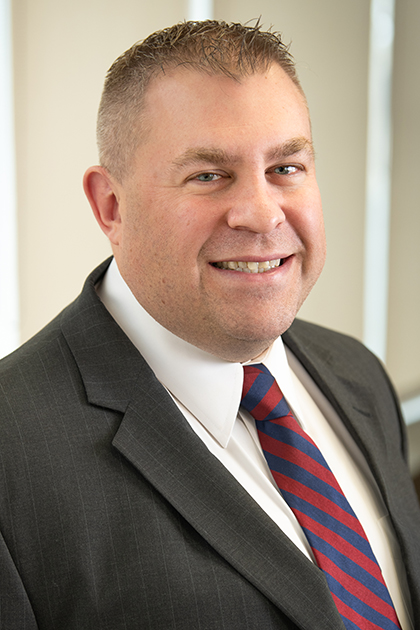 Defense of police officers and municipalities 25%

ared is an experienced civil trial attorney with a diverse practice that includes the defense of police officers and municipalities with a focus on § 1983 and constitutional issues, construction law, insurance defense and coverage matters, and appellate litigation. His practice extends throughout the state of Ohio, and he regularly defends clients in Ohio’s various common pleas and municipal courts, as well as in both the northern and southern United States federal district courts. Jared has successfully argued and presented matters before the Ohio Supreme Court, the majority of Ohio’s state appellate courts, and the Sixth Circuit Federal Court of Appeals. A number of the cases Jared has briefed and argued have resulted in not only favorable outcomes for his clients, but also the establishment of important judicial precedents. Jared is also a regular speaker on topics related to civil litigation, and in addition to regularly presenting to various industry groups on issues pertaining to municipal law, officer liability, and § 1983 constitutional issues, Jared also provides training to municipalities, officers, and supervisors on those issues. In January of 2020, Jared was selected to serve as the Governmental liability chair for the Ohio Association of Civil Trial Attorneys.

fter graduating in 2003 with a law degree from the College of William and Mary in Williamsburg, Virginia, Jared spent two years as a staff attorney for the Third District Court of Appeals in Lima, Ohio. Jared joined Green & Green in 2005 and became a shareholder in 2008. From 2009-2018 and before turning 40, he was consistently acknowledged by his peers as a rising star in the field of insurance coverage, a distinction awarded to no more than 2.5 percent of the lawyers in the state. Jared was also selected to become a Fellow in the Litigation Counsel of America Trial Lawyer Honorary Society, and in 2010 he was named one of the top forty professionals under the age of forty in the greater Dayton metropolitan area, and he has earned an AV Preeminent rating from Martindale-Hubbell, which is the highest possible rating an attorney can achieve for both ethical standards and legal ability.

Born in Front Royal, Virginia, Jared spent most of his youth in West Chester, Ohio and attended Ohio Northern University for his undergraduate education where he was a three year varsity letterman in football and graduated in 2000 with High Distinction. While at ONU, Jared was also involved with Phi Kappa Theta social fraternity and Omicron Delta Kappa leadership honorary society. He currently resides in Lebanon with his wife Cara and their three children. Jared is an active member of the Knights of Columbus St. John Paul Council 1610 and is active in his current parish of Holy Family in Middletown where he serves on the bereavement committee. Jared was also elected to the worship commission for his former parish of St. Albert the Great in Kettering and has also served as a strength and conditioning coach for varsity athletics at Madison Junior/Senior High School in Madison Township.