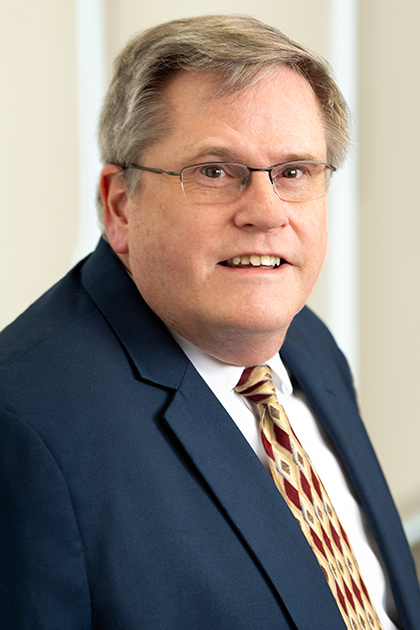 Fred obtained his degree in finance from Ohio University and his law degree from the University of Akron School of Law. He is admitted to practice in the state of Ohio, the U.S. District Court for the Southern District of Ohio and the Sixth Circuit Court of Appeals. He is a member of the Ohio State, Dayton and Miami County Bar Associations. Fred has over 25 years of litigation experience. His practice focuses on personal injury, wrongful death, product liability, business and contract litigation, automobile/motor vehicle accidents, premises liability, construction litigation and appellate law.

Fred had the opportunity to expand his work outside of Ohio and into California in a novel case. He reached a successful resolution in a case for his client filed in the Federal District Court for the Southern District of California involving unique concrete and military shoot house construction issues. The case took him throughout the country for depositions of a broad range of government representatives, federal contractors and other related personnel. The results of these depositions brought to light many issues the opposing parties had not considered when they originally denied the client's claim for payment and allowed for a settlement favorable to the client without the need for an extraordinarily expensive trial.

In addition to his litigation practice, Fred also represents small to medium-sized businesses in business start-up organization, operating agreements, corporate by-laws, partnership agreements, employment agreements and contract drafting. Fred often presents to business and community groups on various business and litigation topics. In addition to cases before courts in Ohio, Fred handles cases with the American Arbitration Association. He is a member of the Dayton Lawyers Club and Inn of Court.